With 2017 having been a year of rising stock markets and low volatility, 2018 has very much ensured that investors do not forget that markets can also fall.  Nevertheless not all downturns have been alike and the one we are seeing today is very different to the correction we saw at the beginning of the year.

The February crisis was surprising in two ways. On the one hand the timing was unexpected as investors tend to take more risk at the beginning of the year, having “reset their counters to zero”. On the other hand the trigger, namely volatility, usually follows, rather than precedes, a market correction. In reality, the February correction was simply a liquidation of a too large position in "short volatility" products, the risk of which was very much underestimated.

The October movement is more a classic stock market correction than a crisis, due mainly to profit taking on securities, such as technology stocks, which have risen considerably. The market has fallen in an orderly fashion, which explains why some risk measures, such as the VIX, have reacted less strongly than they did in February. The October timing is not really surprising and is still further evidence that, even in an era of artificial intelligence, certain behavioral bias does not change.

While it is quite healthy for stock prices to fall to more reasonable levels, especially in an environment of rising rates and liquidity contraction, there are still some gray areas, such as the impact a prolonged stock market decline could have on systematic strategies, which currently account for around $3,000 billion in assets. An understanding of how these strategies work is key to deciding whether this is just the beginning or the end of the current bear market. 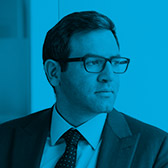 A Partnership for Sustainability

Dominicé partnered with Signa-Terre last year in order to evaluate the real estate portfolio’s energy consumption and CO2 emissions balance. In this article, Diego Reyes, senior fund manager at Dominicé, discusses collaboration with the leading sustainability experts and how it helps to advance the ESG criteria integration in our real estate strategy.

Volatility is your Friend

Volatility is top of mind for investors against today’s market backdrop, particularly with inflation and interest rates on the rise. By understanding where volatility can fit within your portfolio, you can learn not to fear it, but to embrace it, says Pierre de Saab, Partner and Head of Asset Management at Dominicé, the Geneva-based specialist investment manager.

We are pleased to announce that Dominicé was selected among Citywire’s Top 50 Independent Asset Managers 2022, following a year of strong growth and performance across all strategies and portfolios.